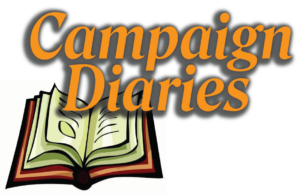 By Jason Campbell… and You!

In our cooperative campaign creation series, we will create a campaign setting together step by step. I’ll propose some options and ideas, and you propose your own ideas in the comments! In this series we’re working on a homebrew sci-fi campaign.

In this edition we continue preparing for an upcoming long term Sci-Fi TTRPG campaign. We’ll do this step by step, so we can get input from our readers! Feel free to comment below! The universe and scenario will be entirely home brewed so we won’t be relying on any existing story universe’s lore. The game might be played either online (via discord, Zoom, Roll20 or similar) or in person at a table, so we won’t consider VTT support as an essential element. Let’s also presume that we don’t have an established group of players, so their preferences won’t factor into the choices we make.

Last week we looked at what game system to use. We’ve decided to go with Monte Cook Games’ Cypher System. The second question is, what is our setting? I’ll note my personal feelings along with the potential choices:

So what do you think? Do you have a favorite setting? Do you think one works particularly well in a TTRPG? Comment below and come back next week to see what we do with your suggestions!