Let’s see what Zach has to say about their TTRPG experiences!

What is your favorite TTRPG?
The only TTRPG that I’ve played so far is D&D 5E. I find that it’s very user friendly and easily customizable. That being said, I do see that it has a myriad of faults. I’d love to try other TTRPGs but I haven’t yet had the opportunity.

What is a piece of pop culture that has inspired your TTRPG work?
I get influenced and inspired by pretty much everything. Books, history, shows, video games, actual plays. It’s all fodder for my work. My first D&D supplement, The Elemental Codex, was heavily influenced by Avatar: The Last Airbender, and Jim Butcher’s The Codex Alera.

Describe your favorite TTRPG character (either a PC or NPC) you’ve created
My campaigns are all very NPC heavy because that’s one of my greatest strengths and a big part of how I tell stories. One NPC that stands out to me is named Chase Beattie. On the surface, he appears to be an affluent pretty-boy Ranger. But in actuality he’s a very complex and deep individual with his own conflicts, ideals, and flaws.

You can create a creature by making any real world object, plant, animal sentient. What would it be?
I would turn a willow tree sentient. They seem so expressive and, being a tree, may have a lot of wisdom that comes with age. Or they may just be extremely confused… Either way would be fun.

Have you ever felt like an outsider in the TTRPG space? Describe if you can.
Absolutely. I’ve only ever played one TTRPG! There are so many people who have such expansive knowledge of games, and I get the sense that I’m sometimes not taken seriously because the only game that I have experience in is D&D, one of the most popular and widespread TTRPGs.

Something else you’d like us to know about you: My podcast recently celebrated its one year anniversary!

Congrats on the anniversary of your podcast, Zach, and thanks for your time! 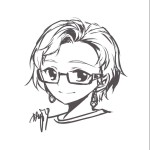