My regular TTRPG group is playing in the Ptolus setting, there are 5 players plus me as the GM. Here’s what happened in our latest session. Please let us know in the comments any advice you have, or stories from your own games.

As many GMs have likely experienced, many times you write a scenario with a puzzle or riddle and think it’s so obvious, but then your players struggle finding a solution. The best advice is to not have a single solution to the puzzle. Note that in the following story I did not do that here, regrettably.

However, the players were still obsessed with exploring this cave which they’d previously explored (they’re currently 9th level – they explored the cave back when they were 1st level.) I had prepped a lot of what I’d expected they might do, but I never anticipated they’d do this. I had the old map, which was an underground goblin hideout. Hat was long ago and the heroes had eliminated all the goblins, so I quickly thought about what would be down there now. A big part of the Ptolus city setting is the presence of ratfolk, often in the sewers and usually seen as a menace by the city dwellers. I decided that the caves had been taken over by a gang of ratfolk who were using it as a lair for their stolen goods fencing operation. They encountered two ratfolk who were guarding the entrance and I randomly chose a fake “Jersey” accent (no offense to the people of New Jersey, I was only using the stereotypical accent used in many TV shows and movies.) The players had fun interacting with the gang, and I’m not sure if they knew the whole thing was improvised. Sometimes that’s necessary and often it’s just fun for GMs!
Let us know in the comments if you’d had any similar experiences. What would you have done? 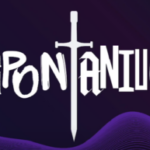